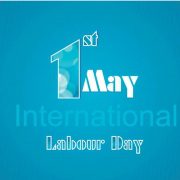 TO ALL CLIENTS,
We will have two days off to celebrate the Chinese Dragon Boat Festival from May 29th to 30th, all Vimost members will be back to work on May 31th. and It’s our work time for 27th,28th this week. If there is any inconvenience to you, your understanding will be highly appreciated!

The Dragon Boat Festival is also called Double Fifth Festival and Duan Wu Festival, it falls on the 5th day of the 5th month of the lunar calendar, it is one of the most traditional and national holidays in China. The typical activities are racing boats on water and eating sticky ricing dumplings, other common activities include drinking realgar wine, hanging mugwort and calamus, etc.

The best known story about Dragon Boat Festival in China is related to Qu Yuan, a great patriotic poet who lived in the state of Chu during the Warring States period (475 B.C. to 221B.C.). He drowned himself in the Miluo River in today’s Hunan Province in 278 B.C. on the 5th day of the 5th month of the Chinese lunar calendar, hoping his death would encourage the king to revitalize the kingdom. This festival has been celebrated for thousands of years to commemorate Qu Yuan.

Sticky Rice Dumplings: It is said that the local people, who admired Qu Yuan, raced out in their boats to save him or at least retrieve his body. This is said to have been the origin of dragon boat races. When his body could not be found, they dropped balls of sticky rice into the river so that the fish would eat them, instead of Qu Yuan’s body. The sticky rice dumpling is a very popular dish during the Dragon Boat Festival,which mainly consist of glutinous rice with other ingredients such as meat, peanuts, egg yolk, or other fillings wrapped in bamboo leaves.

Dragon Boat Racing: The race is a team paddling water sport, the boat is built by different kinds of woods to become a human-powered watercraft. People hope to appease the rain gods, dispel the evil on the water, then get the peaceful life for religious purpose in the ancient China. It is popular in southern China, Hong kong, or even Singapore, Mylasisa, Riau islands, etc. The modern Dragon Boat Festival is becoming a worldwide championship, it is organized the International Dragon Boat Federation (IDBF). The IDBF was founded by representatives from Australia, People’s Republic of China, Chinese Taipei, Great Britain, Hong Kong, Indonesia, Italy, Malaysia, Norway, Philippines, Singapore and the US in Hong Kong on 24 June 1991. The Dragon Boat Racing combines the ancient traditions with the serious sport, it is great fun too!

Welcome to contact with to do the unique sublimation garments with good quality and fast delivery!